Angels Camp began in 1848 as a gold mining camp and quickly developed into a significant gold mining town, a position it kept until World War II when the gold industry shut down. Mining and timber played a significant role until the 1980s. Property and construction became leading employers from the 1980s until the collapse of the building industry in 2006-2007. Throughout this period retail sales have been the number one employment opportunity in Angels Camp. Since the mid-20th century, tourism has grown steadily due to Angels Camp’s location at the intersection of highways 4 and 49 and as a base camp for the vast recreation opportunities of the Sierra Nevada.

Angels Camp was incorporated as the City of Angels in 1912 — the only incorporated city in Calaveras County — and is seen today, and in the County’s General Plan, as the commercial hub of the County. 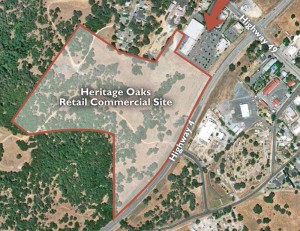